MINI - The cherished history of one of our best British brands 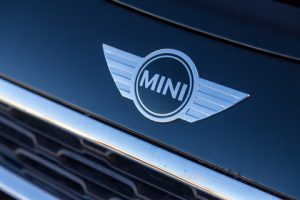 Originally invented by the British Motor Corporation (BMC), the MINI began production in 1959. Designed to be a small economy car with just two doors, it’s focus was on front wheel drive, people carrying and luggage space. The compact design of the MINI was recognised as a style in icon within British popular culture throughout the 1960’s and in 1999, was voted the second most influential car of the 20th century, behind the well-known Ford Model T.

Manufactured at the Longbridge, Birmingham plant and the Cowley, Oxford plant in the UK, with subsequent manufacturing assembly lines to meet demand across the globe and reaching as far as Australia, the MINI became a global icon and a national treasure.

Throughout its earlier years in production, the MINI Mark I saw three major updates to its design. These were the Mark II, the Clubman and the Mark III which comprised of variations in style including an estate car, a pick-up truck, a van and a jeep-like buggy branded as the Mini Moke.

Performance versions of the brand, the MINI Cooper and Cooper “S”, generated success in motorsport races and rally’s and led them to win the Monte Carlo Rally on three occasions in 1964, 1965 and 1967.

BMW Mini as we know today

In 1994 BMW acquired the Rover Group (formerly British Leyland who brought out the British Motor Corporation in 1968) and although they sold a substantial part of the company in 2000, they retained the rights to build the car using the MINI brand name as we recognise today as BMW Mini.

Through their expertise BMW have sought to bring the brand right up to date with its impressive bodywork styling and options to customise individual cars in terms of colour. It’s interior lighting illuminates mood and the choice of wheel alloys evokes statement, whilst the car’s core elements continue to acknowledge its heritage.

Today BMW offers 6 different variations of the brand, these include the 3-Door Hatch, 5-Door Hatch, Convertible, Clubman, Electric and the Countryman. You can find out more about the individual brands on their website – https://www.mini.co.uk/

Do your own or drive a BMW MINI? Here at Stourbridge Automotive we pride ourselves in our reputation to service and maintain BMW MINI brands. From annual MOT testing to regular vehicle service programmes we provide suitable vehicle resources to take care of your BMW MINI. To find out more or to book a BMW MINI service please contact our team.

Blogs used to write this article: